What Movies Can Teach You About Channel Partner Incentives

Sit back, grab a handful of buttery popcorn and please silence your cell phones. The featured film is about to begin. Now showing “When Good Incentives Go Bad”, a feature film illuminating three key pitfalls of channel incentives that you can learn from Titanic II, Burn Notice, and Godzilla. But first, context on the film.

The point of a channel incentive is to push partners toward a behavior they wouldn’t otherwise engage in. Incentives can be wildly successful in driving sales or transforming partner programs, but only if used correctly.

What channel incentive strategists have found again and again, however, is that even the seemingly best designed programs can fail. In the worst cases, it’s not simply that partners are uninspired by the incentives or that the incentive doesn’t drive the right behavior, but that the incentive has become a disincentive.

Examples may be anything from:

A simple, yet surprising pitfall of channel incentives is that strategists often don’t know the problem they’re trying to solve or the behaviors they are trying to drive.

In the world of film, this pitfall occurred with a straight-to-DVD movie you probably haven’t heard of: Titanic II. The film is about a modern luxury liner that is hurled into an iceberg by an unexpected, global warming caused tsunami. While the first Titanic was a hit, the second was a straight-to-DVD disaster. Much of this is because the directors didn’t recognize that The Titanic is about more than just a sinking boat. In terms of channel incentives, this occurs when strategists don’t focus on the problem they’re trying to solve. Like with Titanic II, they may focus on the business goals and outcomes, but strategists forget about the most fundamental aspect of the equation: what behavior (or emotion in the case of a film) are they trying to change?

For example, say you want your partners to drive $10 million in revenue over the next fiscal year. You immediately jump into questions like:

These are all great questions and will eventually need to be answered, but miss a critical point. These cannot be successfully answered until you know the basic problem you’re trying to solve, which is the behavior you want to incentivize. Do you want to drive better marketing behaviors? If so, maybe you implement more coop. Are you looking to drive immediate sales? Maybe you implement some fast to market sales incentives. So before you begin drafting intricate multimillion dollar plans, sit back and ask yourself, “What behavior do I truly want out of the partner and does my plan help get us there?”

Keep it simple: a lesson from Burn Notice

Another common pitfall to avoid is making the tools and processes required for your incentive too complex for partners.

As with channel incentives, if a movie or show sounds too complex, people will simply ignore it. As Burn Notice was about to premiere its 4th season, SNL created a sketch that poked fun at the fact that no one knows what Burn Notice is about. They highlighted that most Americans don’t even know what a burn notice is. While those who watch Burn Notice rate it highly, it’s hard to bring in an audience that has no idea what the show is even about.

This occurs in channel incentives programs as well. When partners feel like they have to spend more time reading the handbook than on the behavior, they lose interest and ignore the program altogether. While you might have thought that every description, condition, alternative, sealed loophole, etc. was written with lyrical genius that will have partners up reading all night, the partner often thinks otherwise. Remember, keep it simple. An example of simple is, sign a $5,000 deal in the next month, you’ll get the toaster you’ve always dreamed of. The dreaded alternative is an incentive in which you read the fine print to learn: Partners will be rewarded $1,400 for any deal closed before 9:00am PST" on Mondays and Thursdays or 12% of the total deal amount if it’s closed on Wednesday, Friday, or the weekend, but you’ll get an additional 28% for a sequence of deals closed within three business days of each other with the exception of deals closed after the third Wednesday of each month unless it’s a holiday or if the deal is more than 2.9% lower than the highest value of the deal you previously closed.

Apply the keep it simple rule of thumb to the three main tools you use: the calculation tool, your finance tool, and payment tool and any others that apply. To maximize the appeal of your program make sure your tools (at least the ones a partner engages with) are:

An additional hot tip is to ensure good reporting, which typically means it is simple enough to consume. After all, it you can’t prove your incentive is working through data and reporting analytics, it’s effectively not.

Be structured, but exciting: a lesson from Godzilla

The final pitfall is paying for habituation of behaviors. This is when partners become so accustomed to earning a certain reward for a behavior you’ve pushed that the reward becomes an expectation.

The movie Godzilla has been made a total of 29 times. People already know about this famous green monster. If you show them a preview for Godzilla 30, they won’t sit on the edge of their seat anxious to see if Godzilla emerges victorious or not. It’s not on their minds when it comes to new movies they want to see. Channel incentives can be the same way; repetition and habituation can be a downfall.

Since the point of a channel incentive is to get partners to do something they wouldn’t otherwise do, rewarding them for a habit is a waste of money and becomes a payment. Avoid giving set of shiny new steak knives for something they’re already going to do. While it is necessary to keep your program consistent in structure in order for your partners to operationalize and grow, it is equally necessary to change up offerings, rewards, and scheduling in order to avoid habituation. For example, rotate incentives across products while keeping the structure and methods the same, or change rates or behaviors you want to drive. Keep the incentives in market as long as necessary to create the habituation of behavior, but no longer.

Regardless of the budget, time frame, or type of channel incentive program you are creating, these three pitfalls can be the downfall of your program, but good news, they can be easily avoided.

Know the problem, keep it simple, and change it up from time to time. 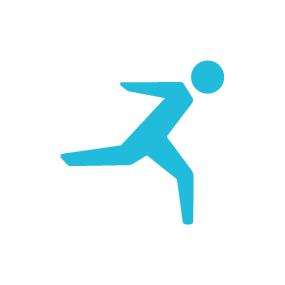 How to Drive Impact with Channel Capacity Planning

In a recent blog article, we discussed the importance of forecast predictability from internal sales resources and the ...
Start Reading
Spur Reply May 16, 2020 12:04:00 AM 4 min read

8 Partnership Tips from a Channel Leader

Why do we need a channel? Isn’t it just fulfillment? Before you throw your hands up in despair, take a few minutes to read this ...
Start Reading